The Atari Connection magazine was published from 1981 through to 1984. I grew up with Atari computers in the early ’80s, so thought it was particularly cool when Lucasfilm started up a game production group in 1982, assisted by funding from Atari. They were originally called the Lucasfilm Games Group, reshuffling to be known as LucasArts beyond 1990. The Lucasfilm Games Group made a number of games that were ahead of their time – “Ballblazer”, “Rescue on Fractalus”, “Koronis Rift”, and “The Eidolon”, in particular. The 1984 Spring issue of the Atari Connection magazine features an interview presenting a series of tips and secrets from the Lucasfilm Games Group. 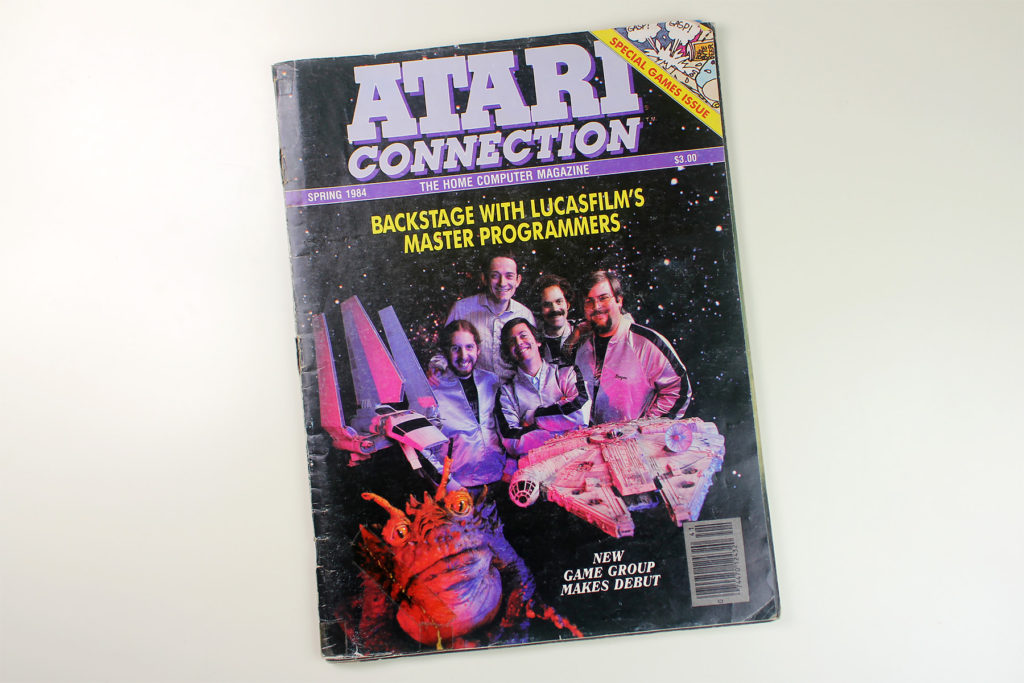 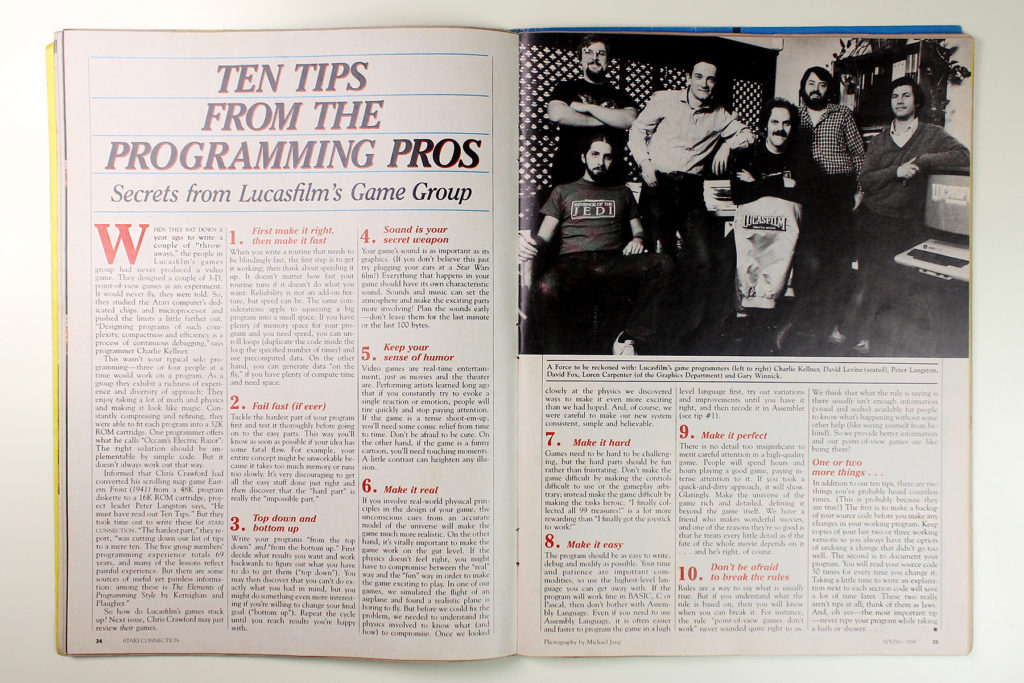