Darth Malgus made his action figure debut in 2012, as part of ‘The Vintage Collection’ line. As huge fans of  Star Wars: The Old Republic, we were very excited to add this ‘Expanded Universe’ character to our action figure collection. Darth Malgus was featured prominently in the SWTOR cinematic trailers, lending to his popularity with fans, even those unfamiliar with the game. His action figure includes a fabric cape and his distinctive lightsaber. 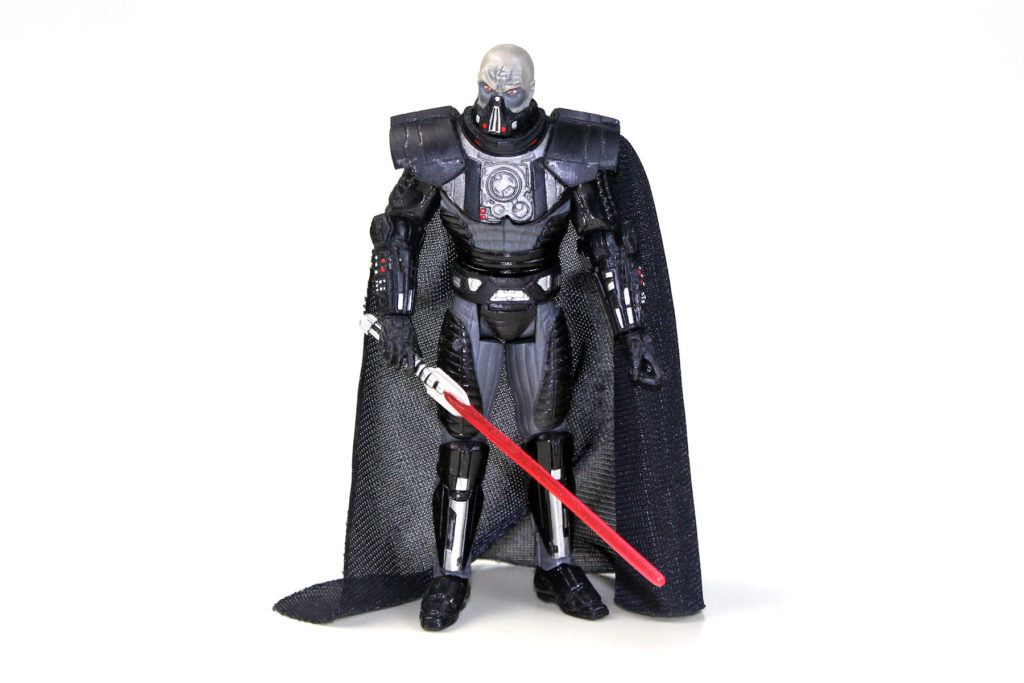