There have been some fun and interesting action figures of Expanded Universe characters over the years, but generally, only a few have been released for any specific for each book/game/comic. HK-50, the assassin droid from Knights of the Old Republic II: The Sith Lords, came out in 2009 as part of Hasbro’s The Legacy Collection build-a-droid series – that is, in order to acquire him, you had to collect up the individual parts as pack-in extras from 6 other figures. HK-50 is a re-paint of Knights of the Old Republic’s HK-47, which came out with an earlier build-a-droid wave. 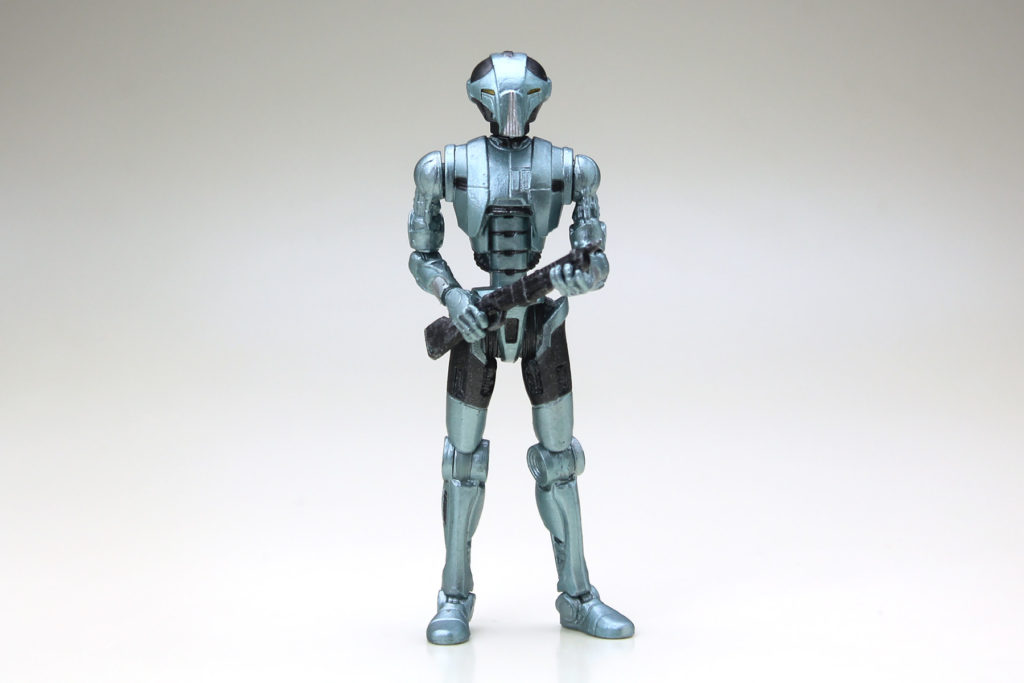