Star Wars “Action Transfer” sets were fun little projects available in the late ’70s and early ’80s. The “Action Transfer” products were first released by Letraset in the Episode IV era, and later by company Thomas Salter after the product line was sold in 1981. I had a few scenes as a child, but this Return of the Jedi Jabba’s Palace set is one still in my collection in an unused state. Most of the characters represented as rub-down transfers make sense…but the kit did puzzle a few kids with the inclusion of Admiral Ackbar as a visitor to Tatooine. 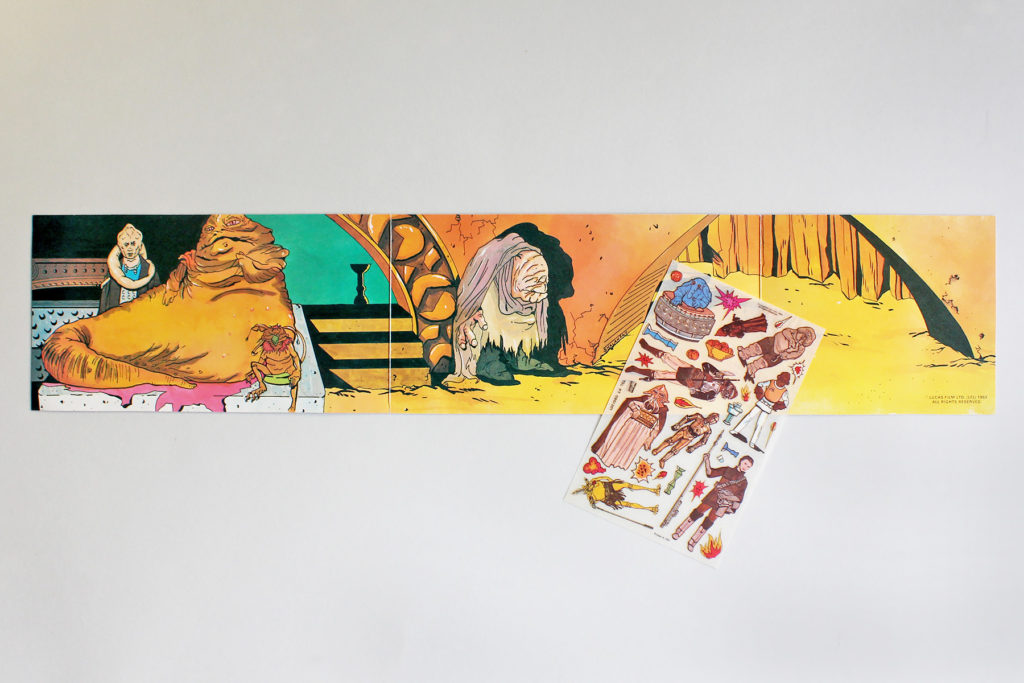 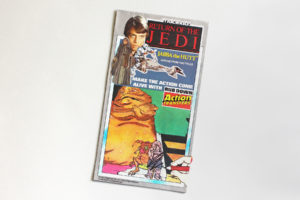 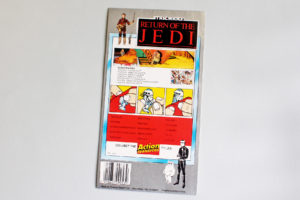