The first Star Wars video game I ever played was Star Wars Jedi Knight II: Jedi Outcast. It was released in 2002, just as I was starting to collect Star Wars items, and bought it from my local game store out of curiosity. This is my original version of the game, which came with a collectible metal tin, poster and t-shirt (I no longer have the t-shirt). It was my  first real video game, and while it took a while to master gameplay skills required to finish, I loved playing as a jedi character with force powers. This game was the start of my love of Star Wars video games – the sequel game ‘Jedi Academy’ still ranks as one of my all-time favourite games, and I’ve been a SWTOR subscriber since it launched. 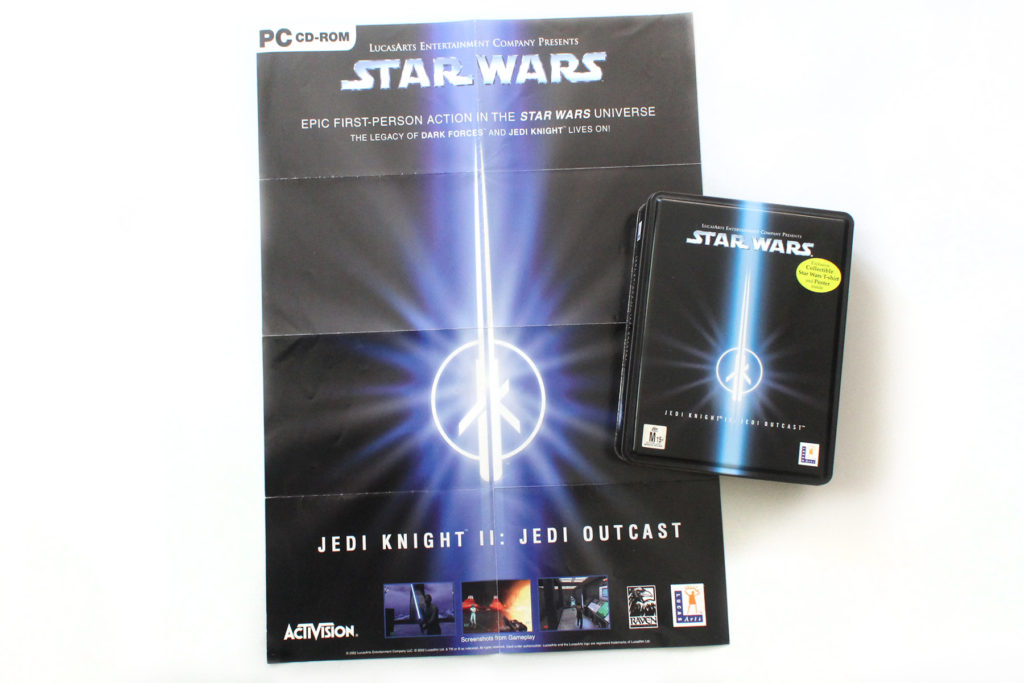