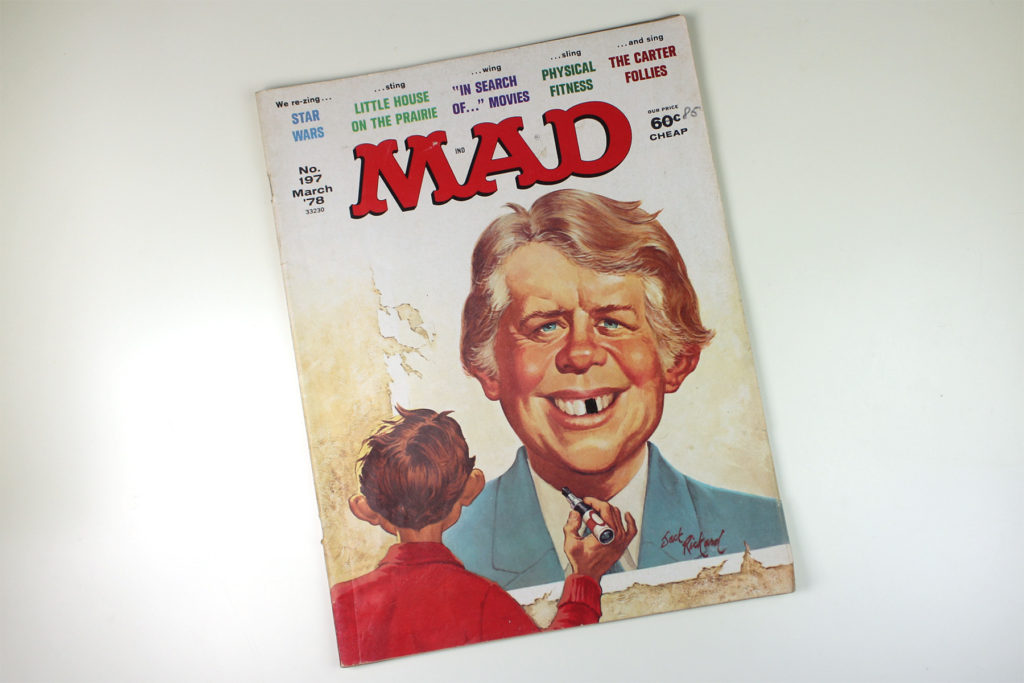 Although the full Mad Magazine parody version of Star Wars appeared in issue 196 (January 1978, and re-printed in 1997), that publication continued to “re-zing” A New Hope in issue 197 as well. This is one of my oldest surviving Mad Magazines, which I tended to only collect if they contained content relating to movies or television series I was particularly familiar with – it includes “A Mad Look at Star Wars”, by Sergio Aragonés. Aragonés later went on to illustrate an entire comic of Star Wars material for Marvel Comics, entitled “Sergio Aragonés Stomps Star Wars”. 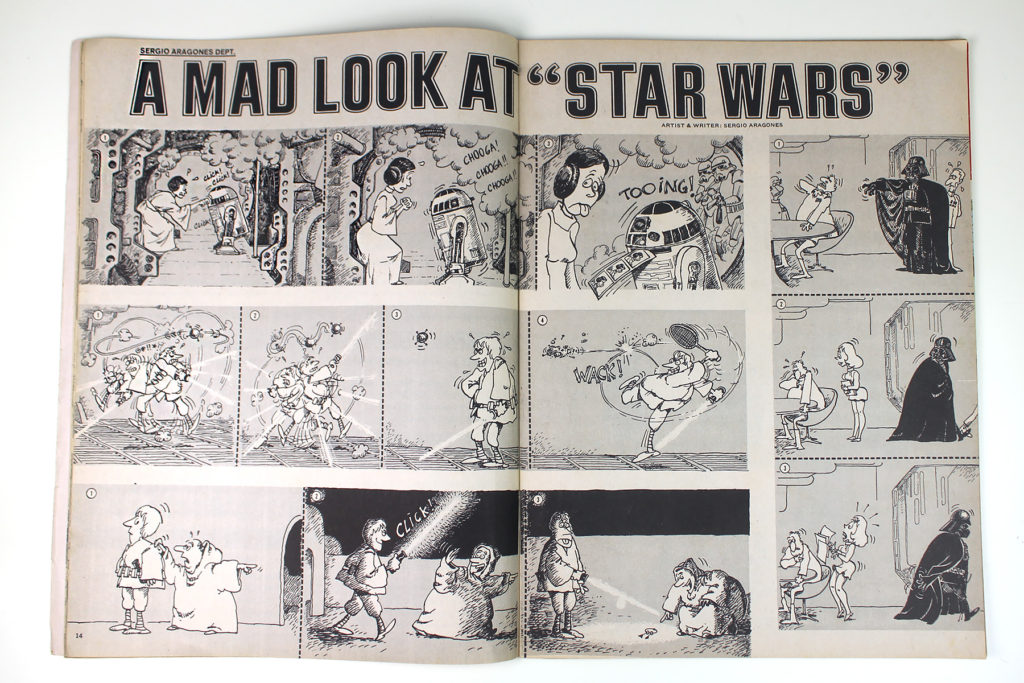