In 2010, Gentle Giant released a collector’s edition set of four Republic Commando mini-busts, with an accompanying art print. The set was limited to only 200, and was available by a lottery system (Premier Guild members could place an order, but only 200 were randomly chosen to have their order fulfilled). We already owned the four mini-busts (having purchased them individually), but some time later, we were able to track down the print for sale on its own. Measuring 15” x 10.5”, the print features artwork by Greg Knight, and comes with a certificate of authenticity from Acme Archives – our print is #192/200. 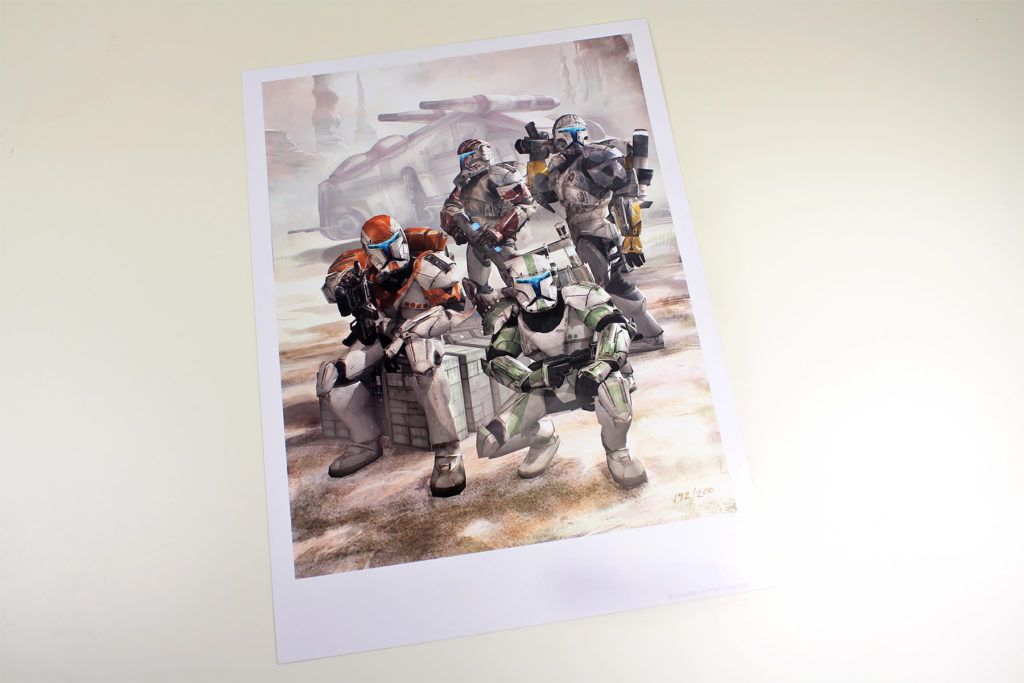 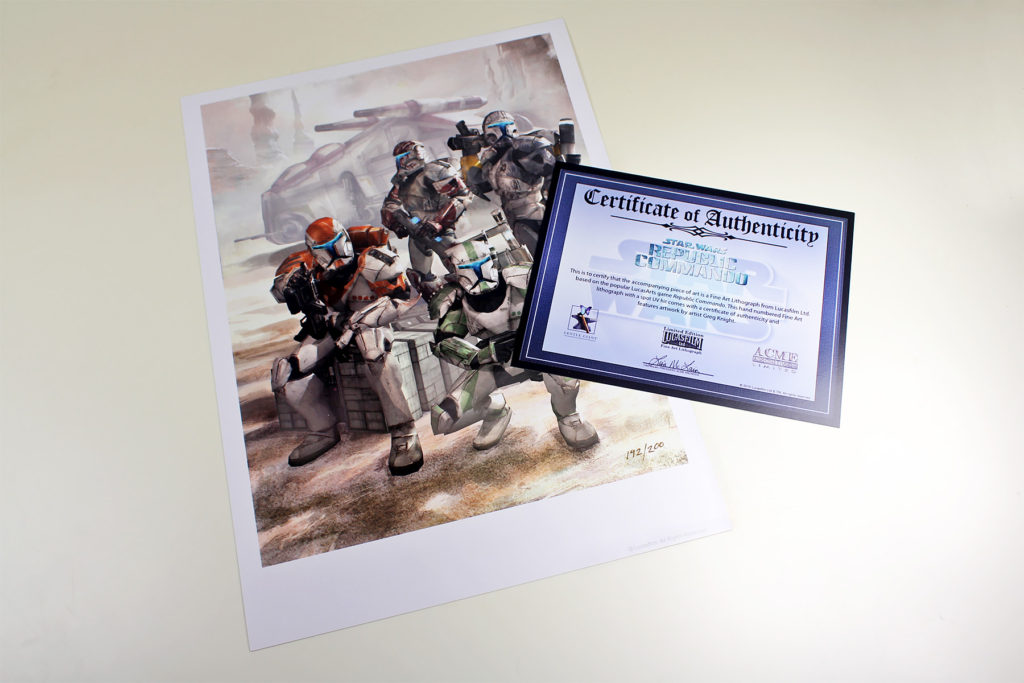