Big fan of the Republic Commando game and Republic Commandos in general here. This is my 3.75″ scale Boss (RC-1138) figure from the 2011 Toys’R’Us/SDCC exclusive boxed set, although I purchased him loose via eBay. There are three versions of the Boss action figure to date – first in a larger boxed set in 2006 (Delta Squad with 3 Geonosians), then this 2011 version (Delta Squad with 1 Geonosian), and finally a 2012 Clone Wars version with animated-style armour. 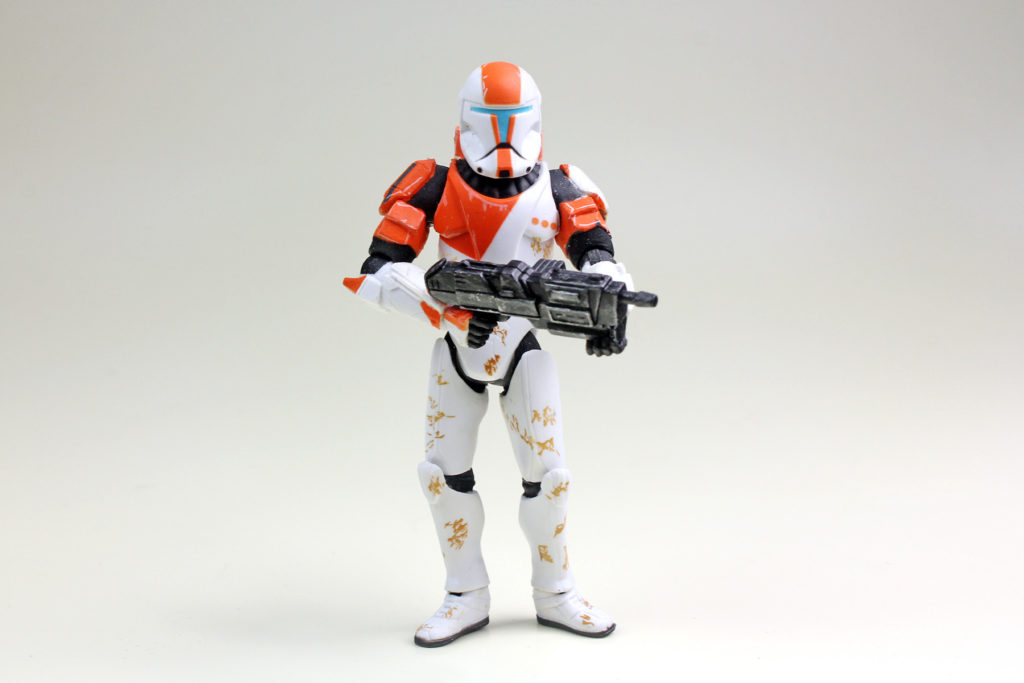 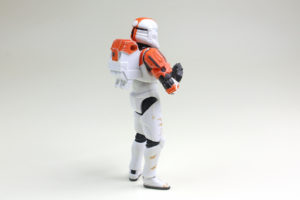 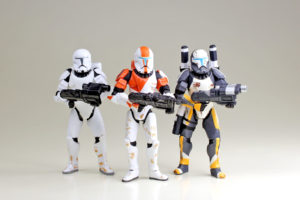