The Star Wars colouring books from the ’70s were a lot of fun. They were very affordable, being priced well under a dollar, and offered many pages of good old-fashioned colouring-in fun. There was some duplication of images between the different books that were available, but that didn’t stop me, or many fanatic children I imagine, from collecting up more than one of these. The Star Wars books featured the classic chrome racetrack, a branding feature shared with the vintage action figures, and immediately recognisable character scenes on the cover. They were followed up with similar series for the other Original Trilogy films in ’80 and ’83. 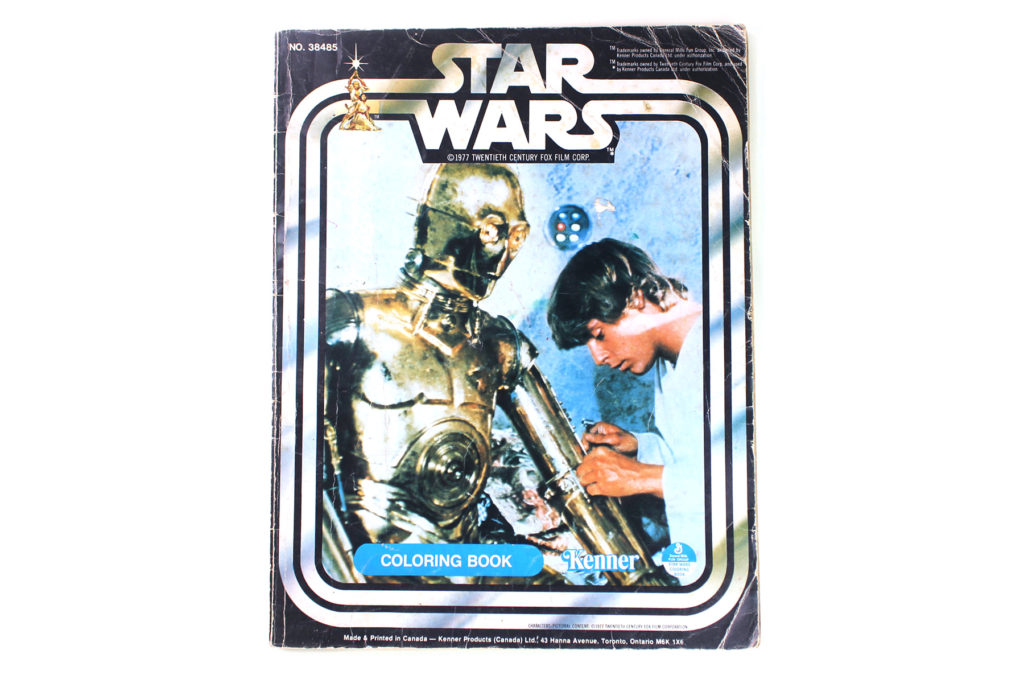 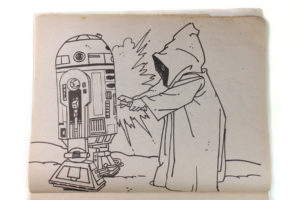 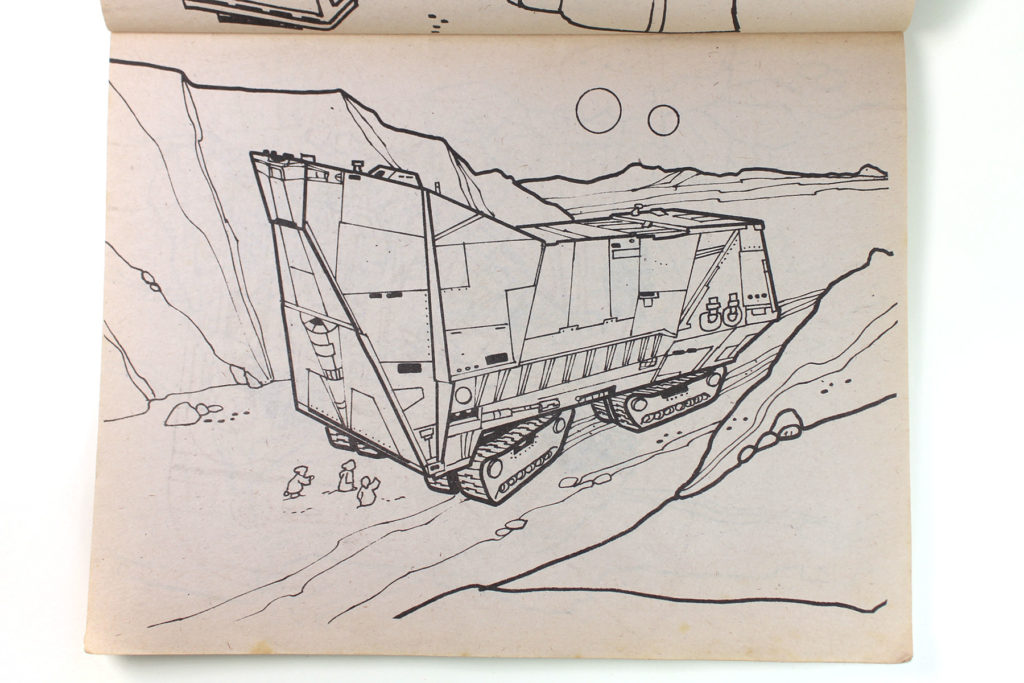 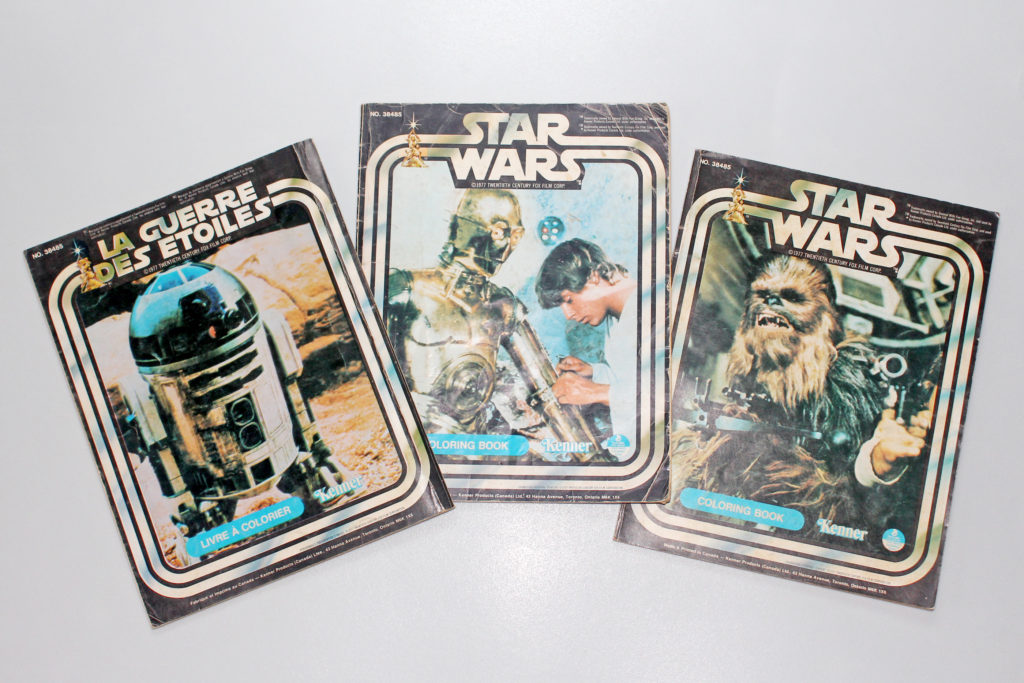