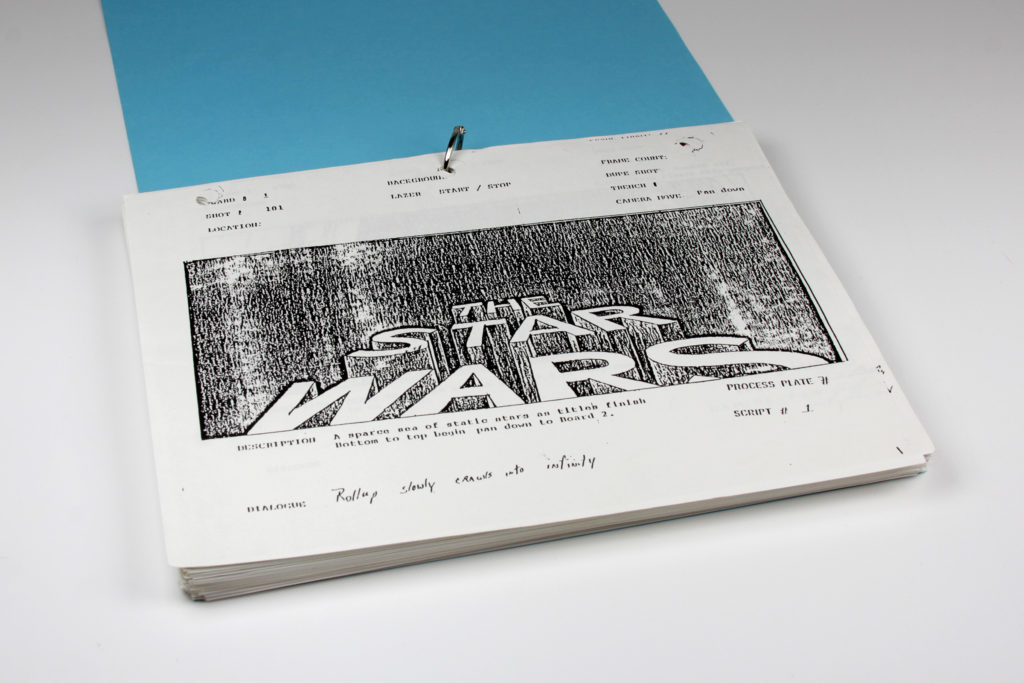 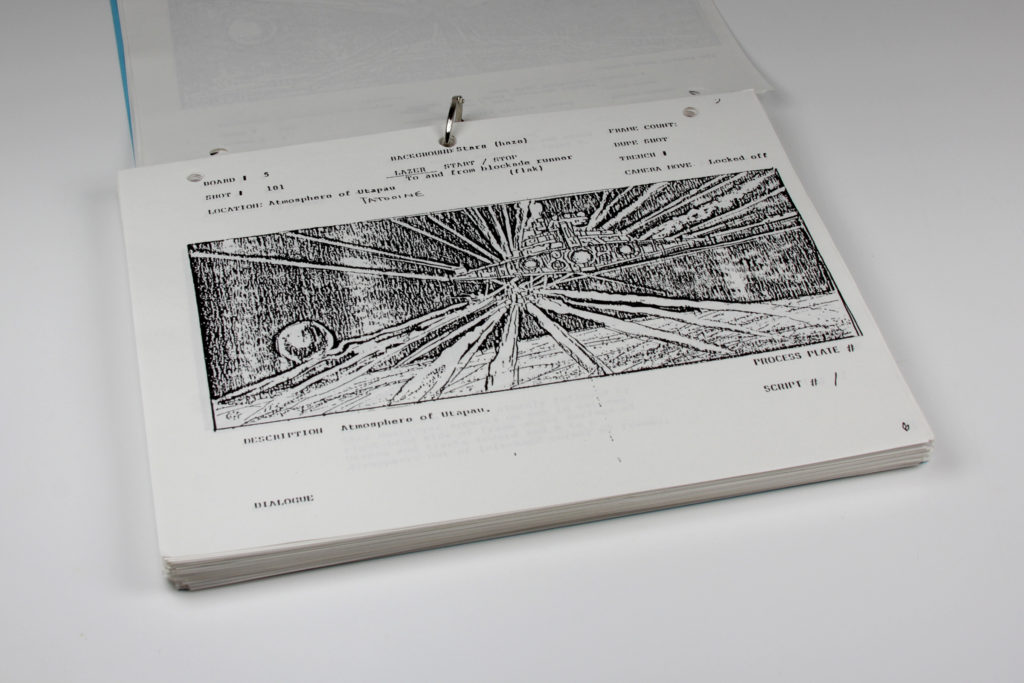 Somewhere around about a decade and a half ago, I picked up this cool bundle of 145 pre-production storyboards by Joe Johnston, apparently from about 1975. These are just copies, but they contain some cool history, including the original name/logo before “The” was dropped from “The Star Wars” (to become, obviously, “Star Wars”), reference to Tatooine being called Utapau (crossed out and updated by hand in these images), and renderings of the early concept versions of most of the included characters including Darth Vader and the yet-to-be-named “Wookiee” 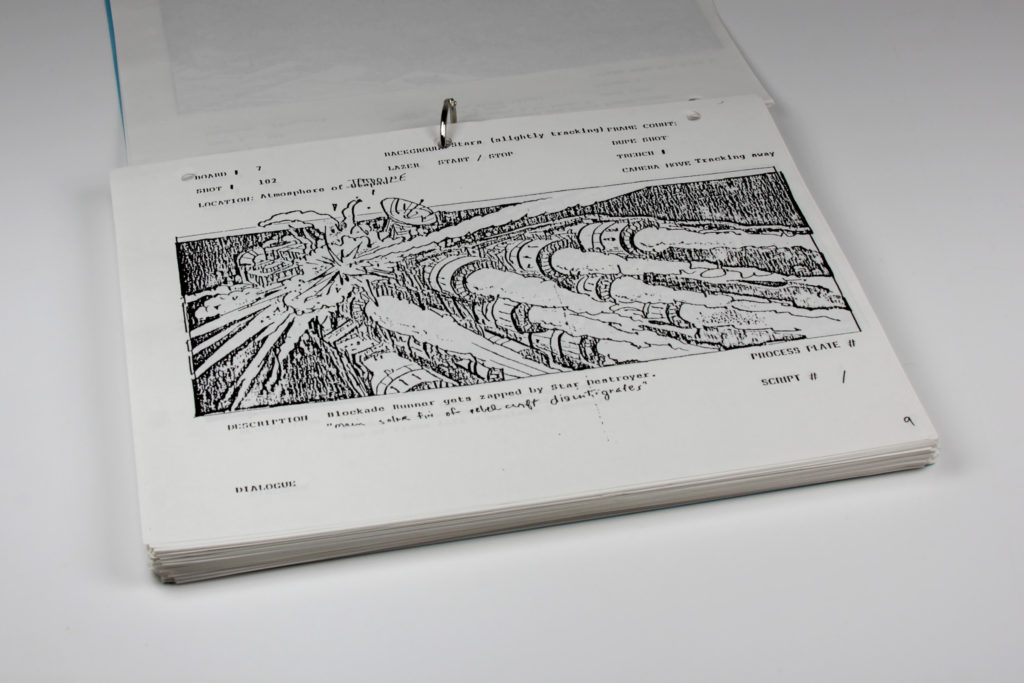 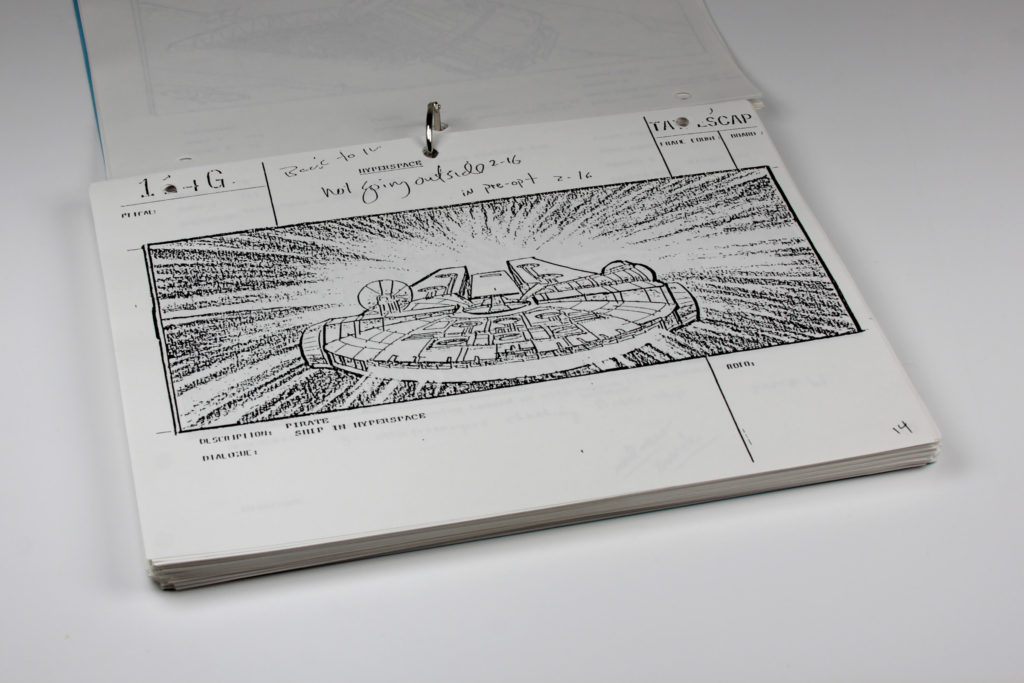 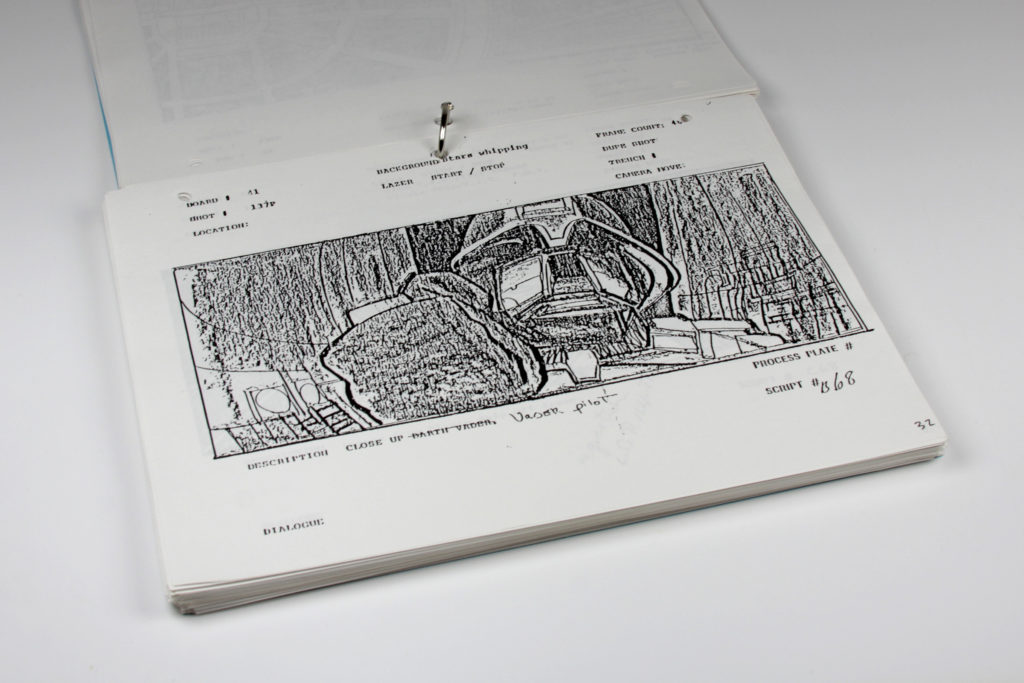 The scenes covered in these versions of the storyboards all involve visual effects, and were likely the set provided to the movie’s VFX team. Annotations on the boards include summaries of the expected action, as well as intended camera movements and description of effects to be incorporated like hyperspace visuals and blaster bolts. They provide great insight into the early development of the movie overall, and particularly the dramatic action scenes. 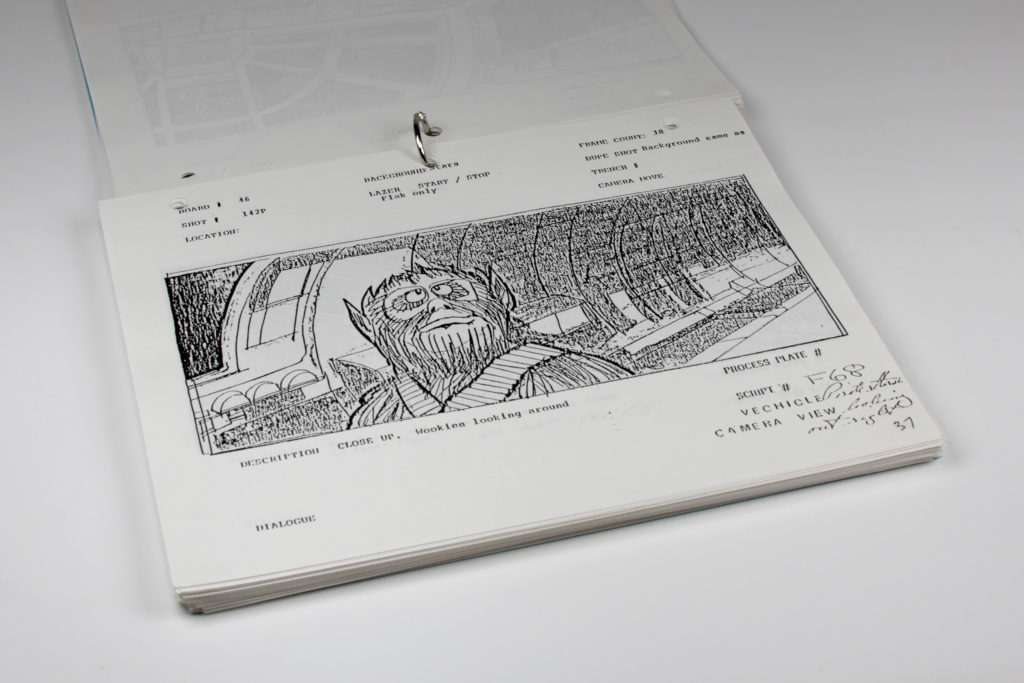 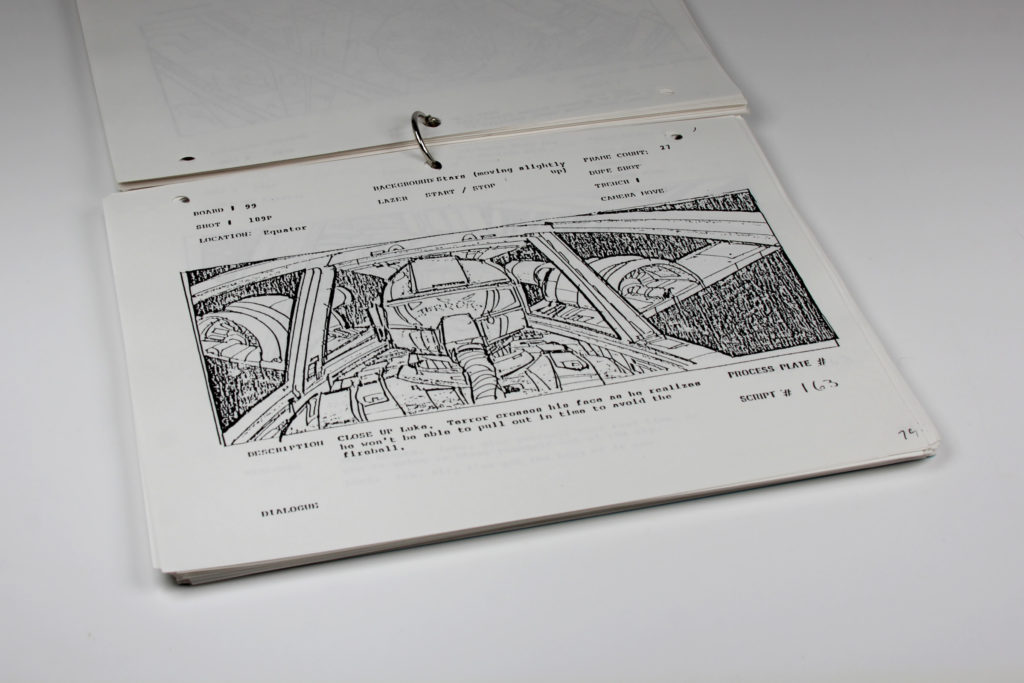