The Lightsaber Dueling Pack was a bundle of books and game cards that came out from Westend Games in 1988, which let you simulate a lightsaber battle between Luke Skywalker and Darth Vader. To be honest, I didn’t actually play the turn-based game much myself, but was collecting a lot of the Westend publications in the later ’80s/early ’90s because they were a fun source of Star Wars reference material at a time when little else was being published (this was prior even to Heir to the Empire). According to Wookieepedia, “due to a game design error, the Lightsaber Dueling Pack was recalled from the market”…I never found out what that gameplay bug was. 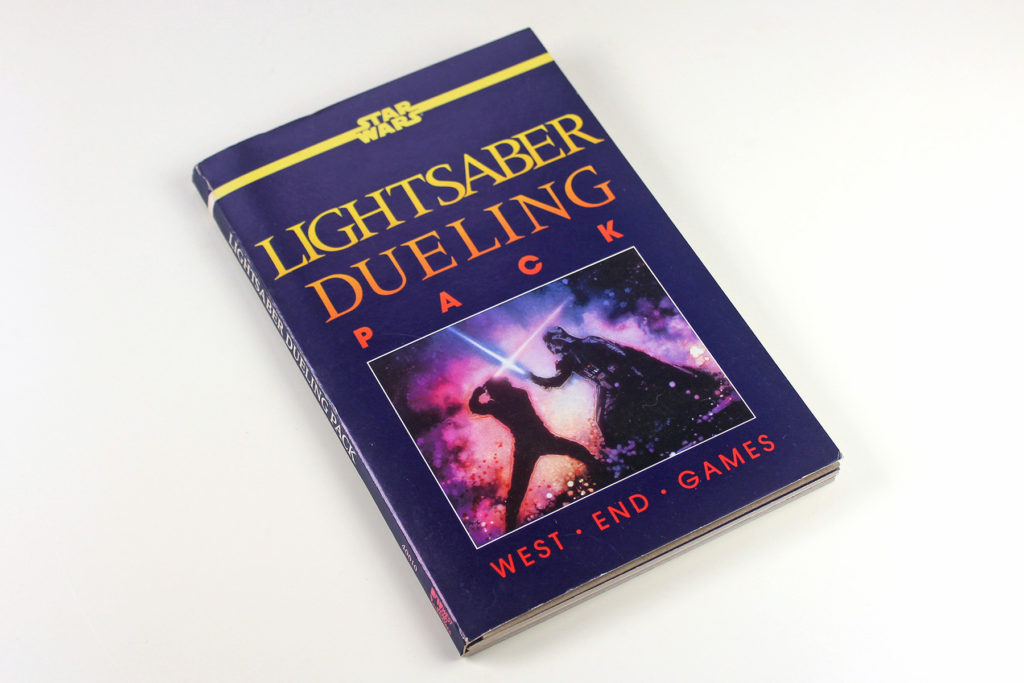 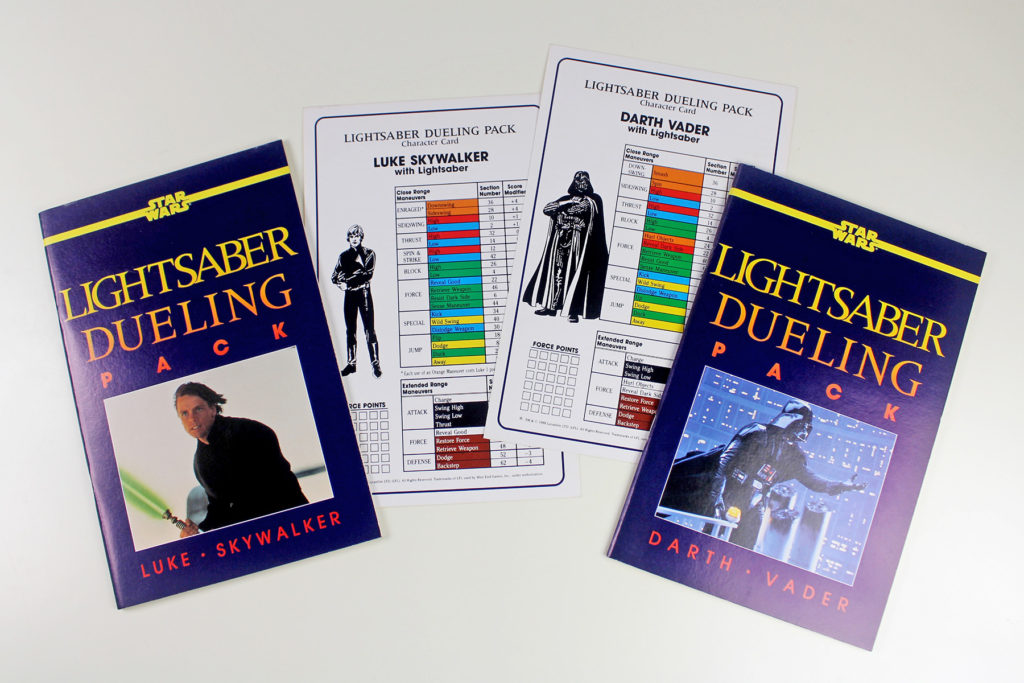