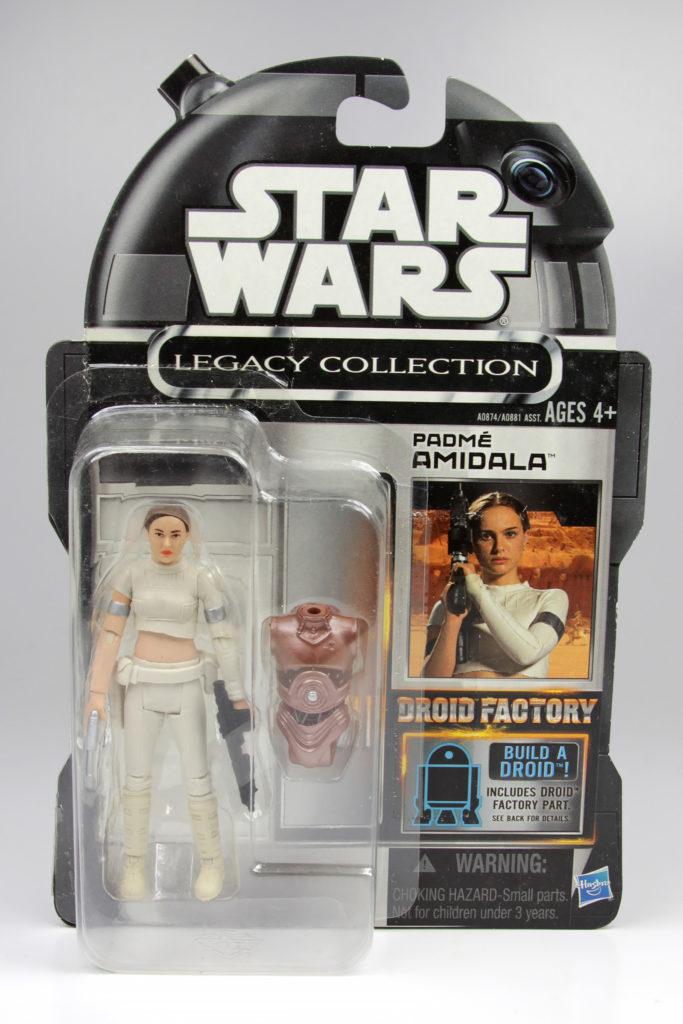 This Legacy Collection carded figure has a slightly unusual history behind it – it was not formally released. Apparently, the story goes that it was part of a planned release to celebrate the theatrical release of Attack Of The Clones in 3D (following on from The Phantom Menace in 3D in 2012). Then Disney bought Lucasfilm, and cancelled the release of the film – and so this figure was unreleased. It showed up through random sources some time later – I was able to track one down via eBay. While I usually uncard my Padme’ Amidala action figures to display together, I have kept this one carded, as has an different history to the rest of the Padme’ Amidala figures (the action figure itself is the same as the Black Series 3 3/4″ #01 figure, released in 2013). 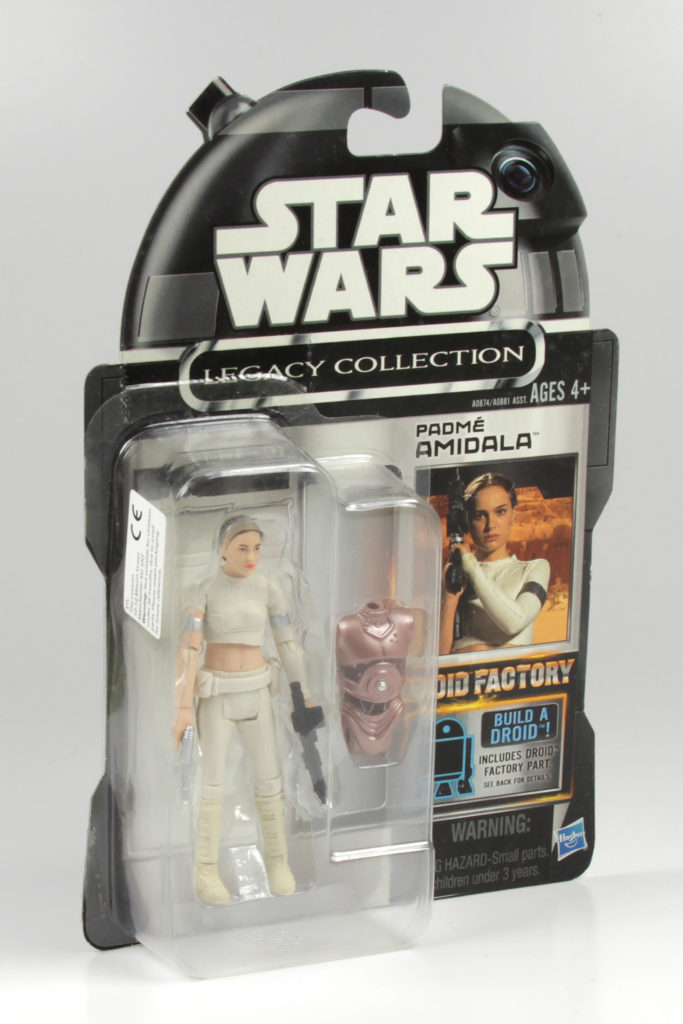 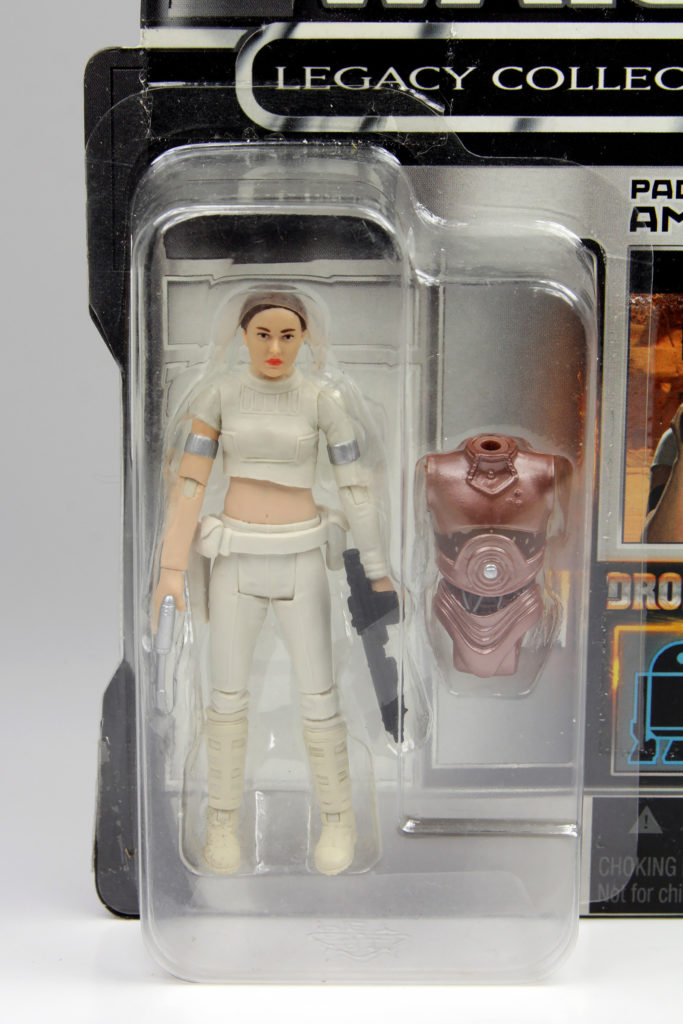