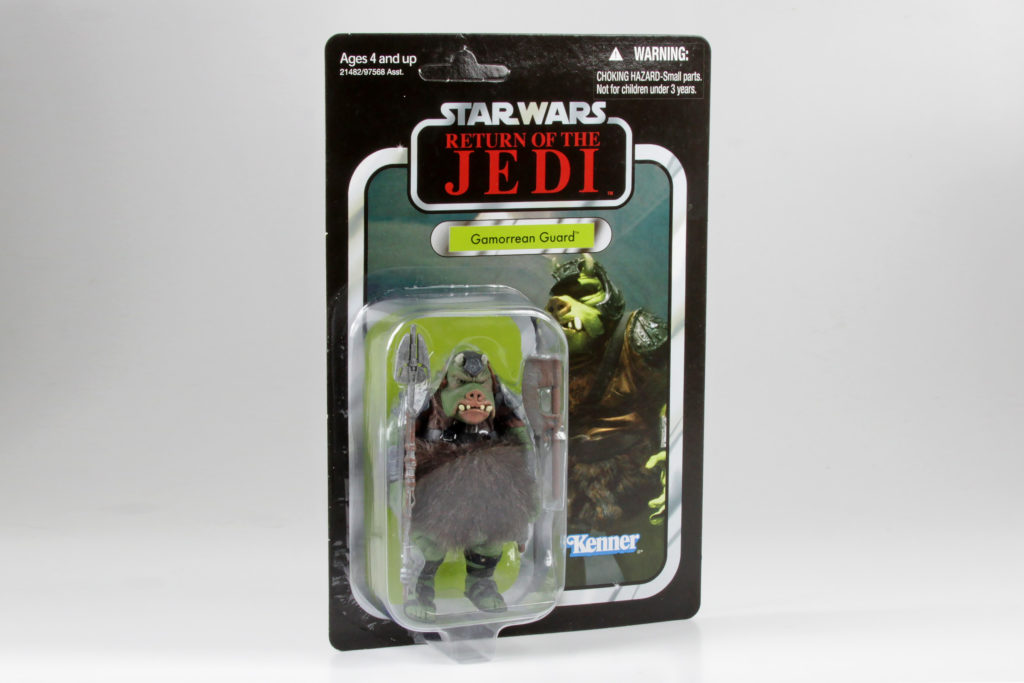 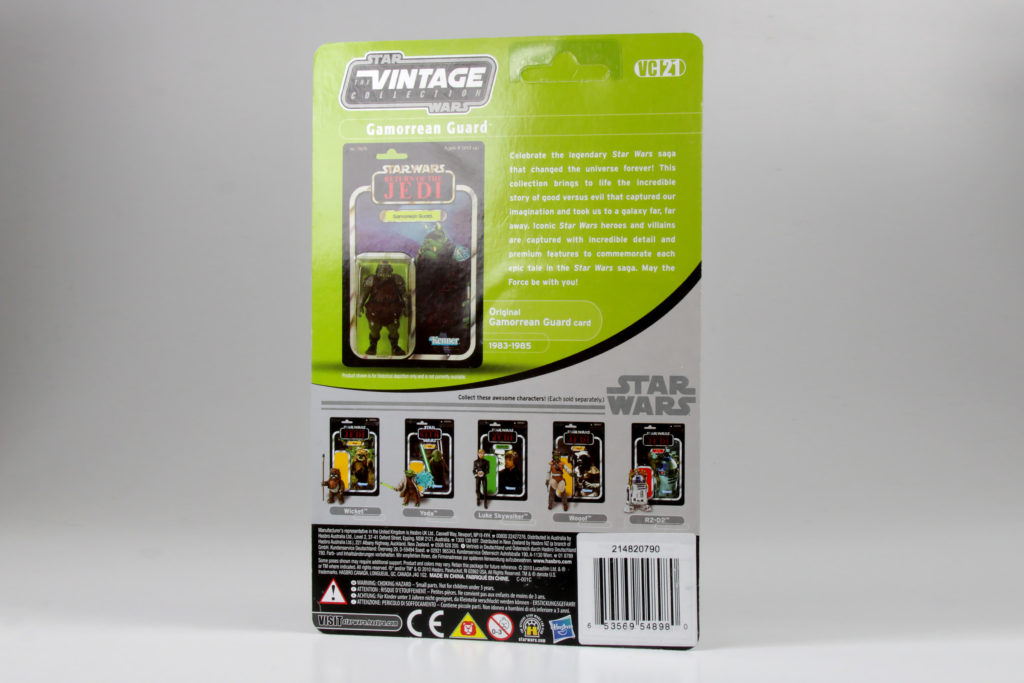 Although I personally think that Hasbro/Kenner have never done a bad Gamorrean Guard sculpt, the Vintage Collection VC21 Gamorrean Guard 3.75″ action figure is a masterpiece of sculpting and soft-goods execution. 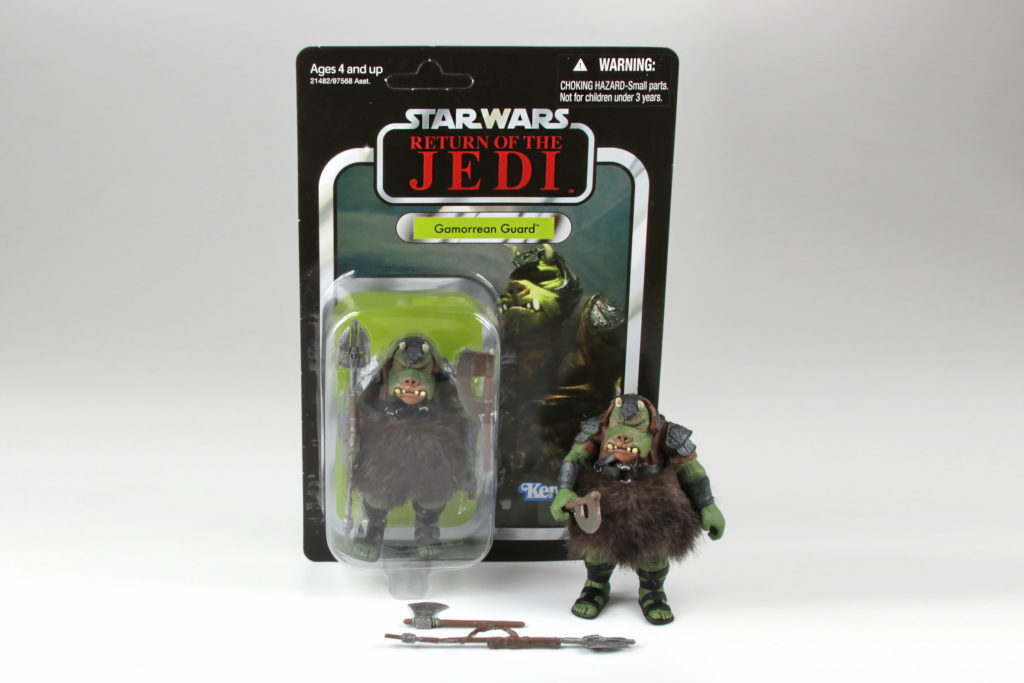 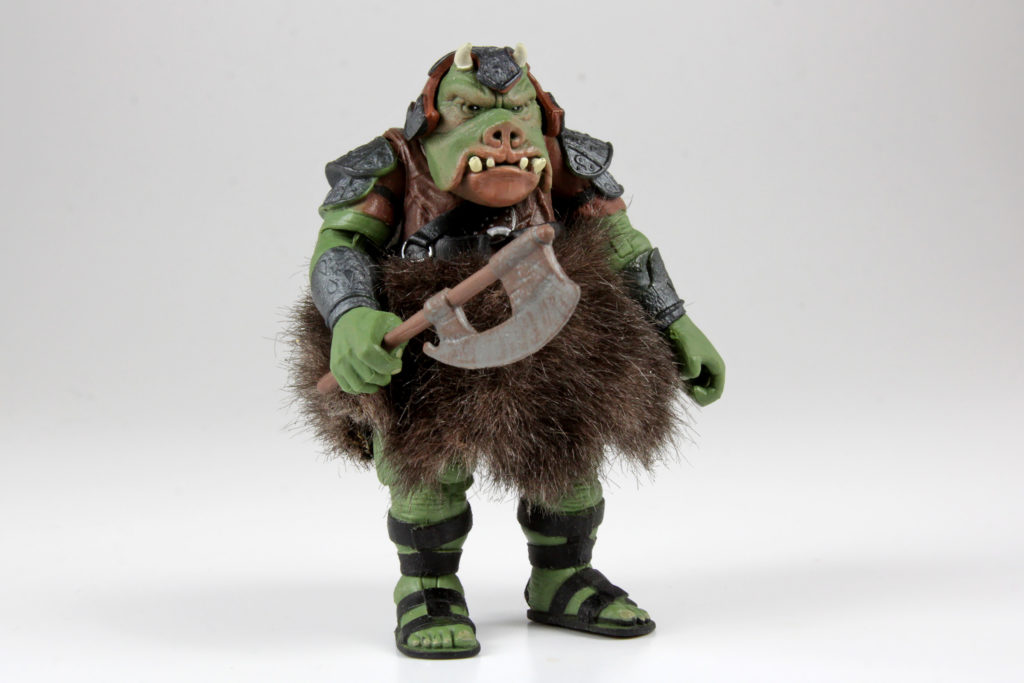 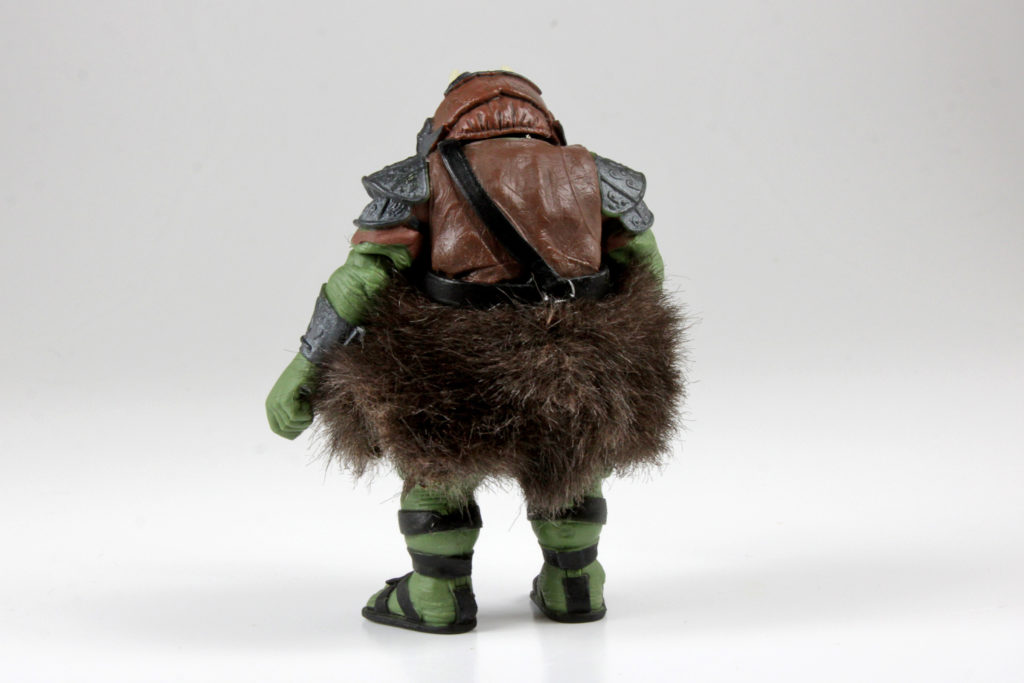 This iteration of Jabba’s palace guard came with 3 different bladed weapons, a removable helmet, and stylish fur pants. He was released in late 2010, and because of a combination of popularity and low numbers produced, remains relatively rare and sought after. 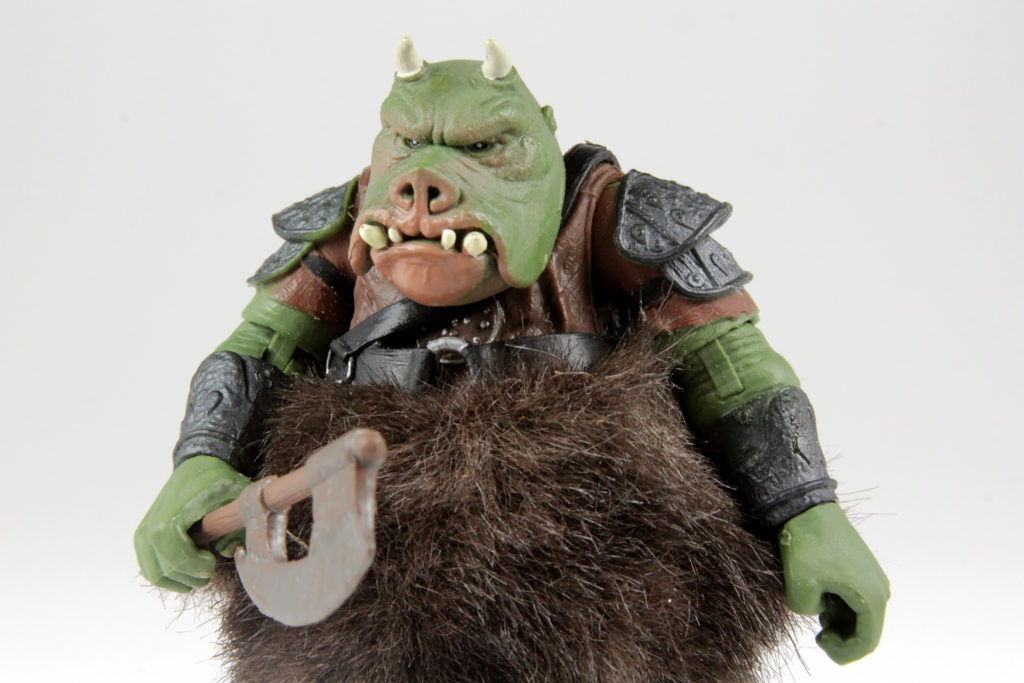 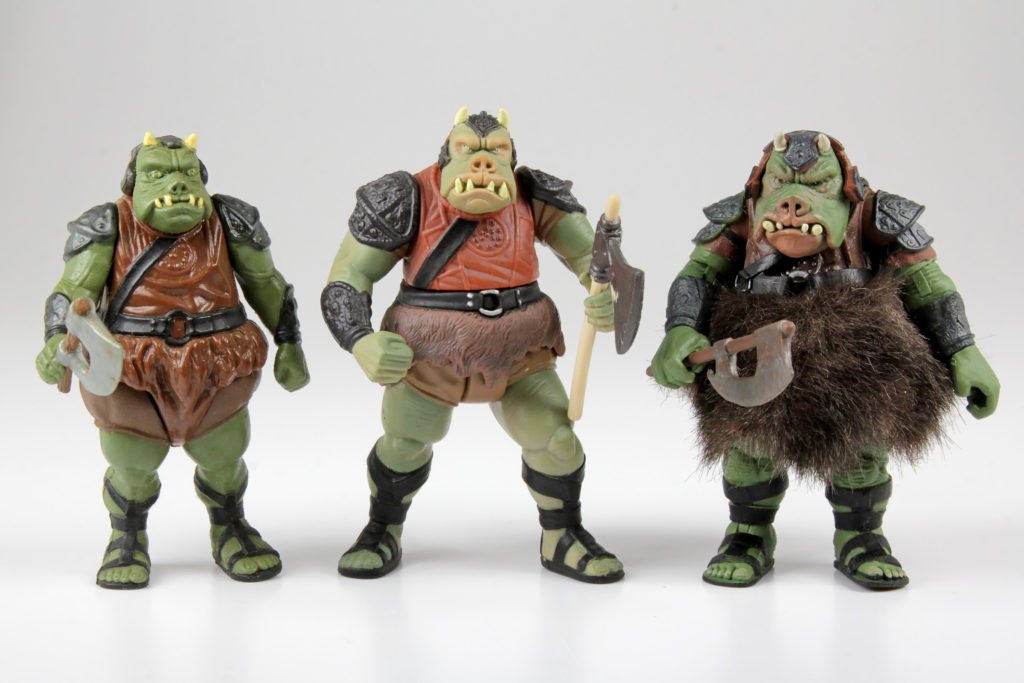 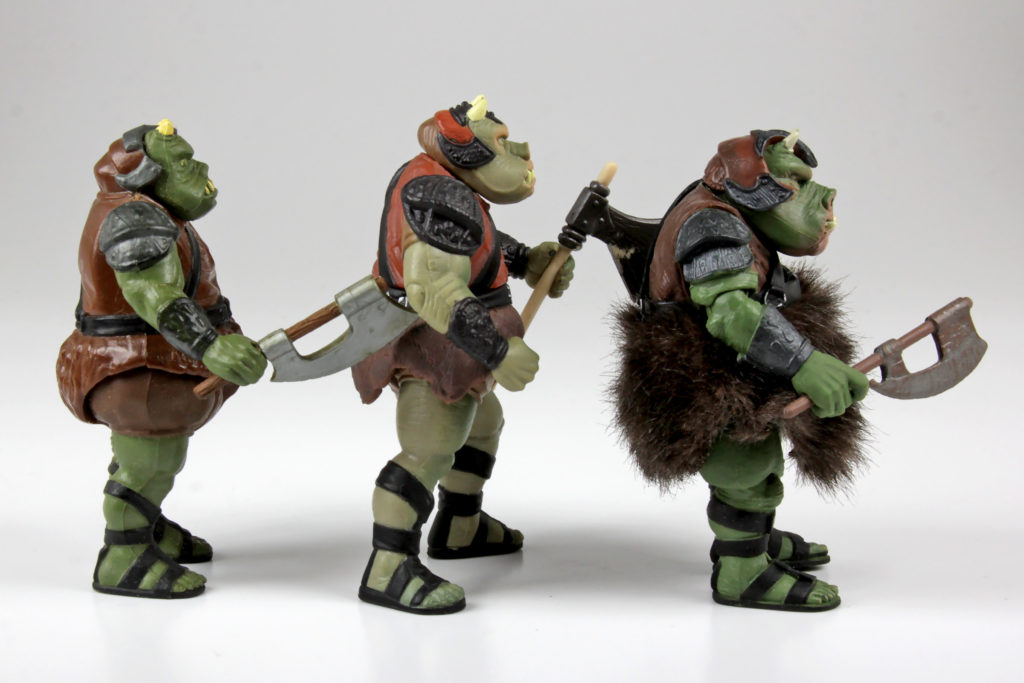