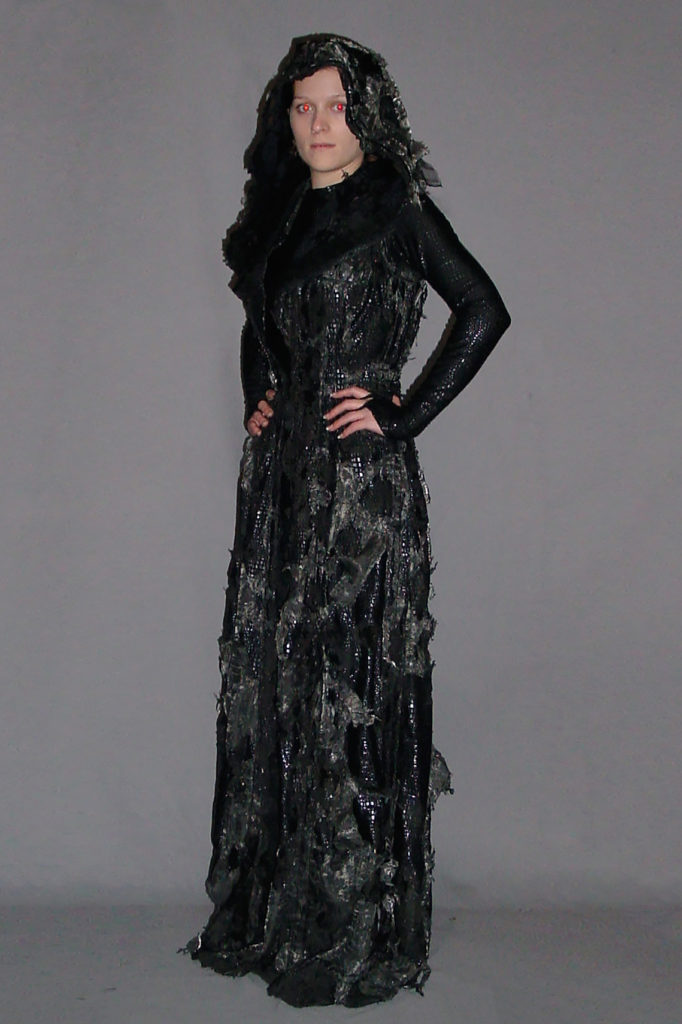 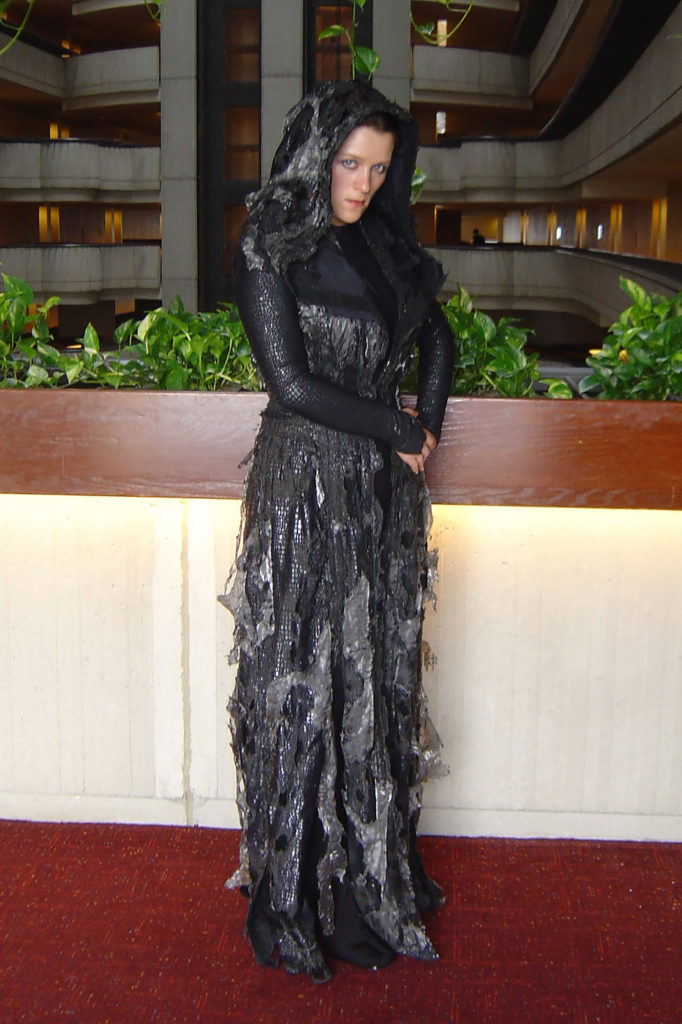 This female Necromonger Convert costume from The Chronicles Of Riddick was my first foray into the world of screen-used items. It was purchased from The Prop Store UK in 2005, complete with certificate of authenticity.

We were of course aware of the market for screen-used props and costumes, but never thought we would be able to own anything used in films. It wasn’t until we saw photos online of fans wearing super-accurate Necromonger costumes at a costume convention in the US that we started really looking into it. The Chronicles Of Riddick was the first film Matt and I saw at the cinemas together, so it has always had special meaning for us – we never thought we could actually own a costume from the film! To our delight, The Prop Store UK still had screen used costumes available – and soon enough, we were the proud owners of our first screen used costumes. My costume is a Necromonger Convert, worn by a background extra (but identical to the outfit worn by ‘Kyra’ at the end of the film).

The female Necromonger Convert costume consists of a black stretch bodysuit with a shiny black reptilian-style raised pattern, a pair of black fabric knee-high boots, and a distressed sleeveless hooded robe. This costume also came with a separate cowl/hood, but as Kyra does not wear a cowl in the film, I don’t wear it with my costume. The boots are made from a black neoprene-type fabric, with foam soles – to avoid wearing out the soles, I wear my own black stretch fabric boots with the costume at events. The bodysuit has a long black plastic zip at the back, finger loops at the ends of the sleeves, and stirrup loops at the ankles/feet to hold it in place while wearing boots.

The outer robe is made from several different dark/metallic fabrics, which are layered and heavily distressed. There are a lot of holes, created by burning/ripping the fabrics. The hem of the robe has several high splits, so it flares around the legs when walking. Despite the distressed appearance, the robe has a tailored fit, with structured seams built into the base – the robe does up at the front with a single hook and eye closure at the waist. I wear my own heeled boots with the costume, which helps as the robe was made/designed for someone taller than me, so it drags behind me a little if I am wearing the flat costume boots.

Considering the costume was made for someone else, and there were no measurements available before buying, the costume fits me very well! At the same time, Matt also purchased a screen-used Necromonger Captain costume – we debuted our costumes together at the Auckland Armageddon Expo convention in October 2005. In May 2006, we attended the London Expo convention, where we trooped with other members of the Necromonger Legion who also own screen-used costumes. I took my costume, and Matt borrowed some Necromonger infantryman armour (as his own Captain costume doesn’t fit in a suitcase). I also took my Necromonger Convert costume to our first DragonCon convention in the US in 2009 – it is one of the few costumes I have worn in multiple countries. 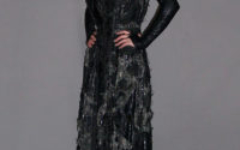 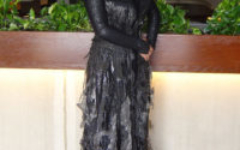 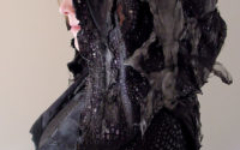 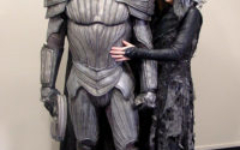 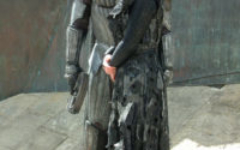 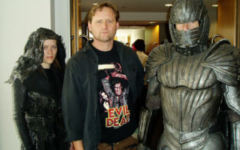 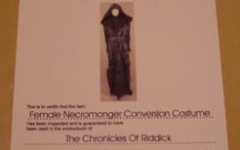 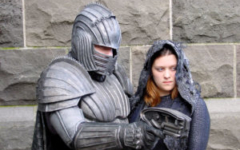 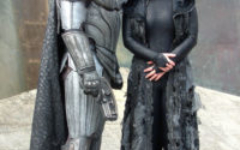 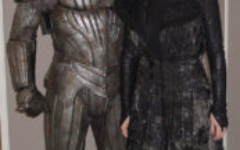 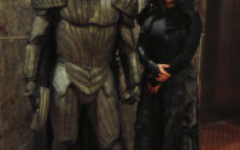 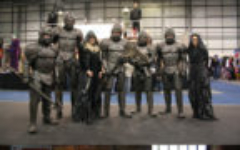 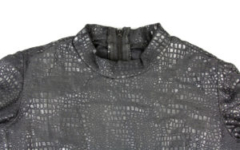 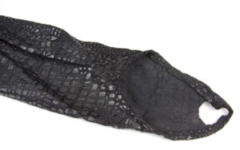 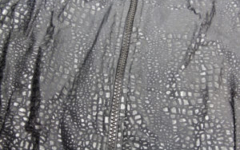 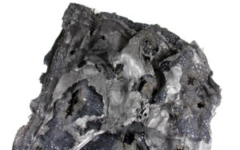 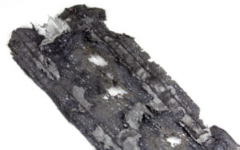 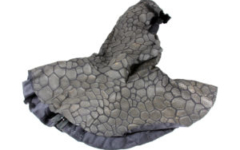 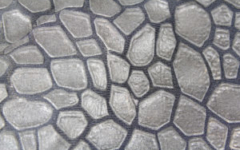 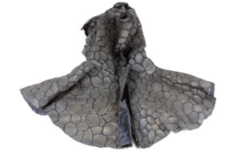 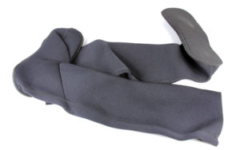